I am thrilled to introduce you

to the author of

Chantal, please tell us little bit about yourself.

I always loved to write but never thought about publishing anything until a friend of mine told me I should.

Before that, I was more interested in acting. I performed in a couple of amateur stage showed and joined a Youth run Theatre Company. I was also an extra in a few commercials, TV shows and movies.

My love for acting soon got replaced with the love for my son. I made him my number one priority. I found it easier to write on my spare time than to work around other people’s schedules to act. I found that I had to use some of my acting training to write since I had to put myself in the shoes of the characters I created.

I write a bit of everything; Horror is more ME, but I wrote a series of soap operas/romance books for female readers as well as a fantasy book for my pre-teen son. I have been receiving a lot of positive feedback and am hoping that others will help me pass the word along about my books, even if I simply write as a hobby.

I started writing short stories for The Suburban’s Online Magazine.

While I continue to come up with stories, I encourage my son to so some writing of his own since he is full of good ideas and has a big imagination. He reminds me of myself as a child.

I am a single mom and feel very lucky to have Aidan in my life.

Where were you born and do you think your birthplace had any influence on your writing?

I was born in Mississauga, Ontario (Canada). We moved when I was a baby so my birthplace has absolutely no influence on my writing. My travels however, have influenced me greatly. I keep a travel journal and take a lot of notes.

When did you first gain an interest in writing?

I always loved to invent stories. My mother told me that I used to do drawings and dictate what I wanted her to write down for me before I learned to write. I made my own little books later on by stapling pages together. As a teenager, I wrote short stories and started on a few novels but never shared it with anyone. It wasn’t until I finished my first novel that I thought about publishing, and that was only because a friend of mine told me I should.

Please tell us a little bit about your book:

Under hypnosis, six-year-old Jack Huntington tells his psychiatrist the dark unsolved tale of Jack the Ripper’s 19th century murders. Such details are given, that Dr. Philips begins to believe that his patient might be the Ripper himself in another life. When the boy fails to give him any information that would reveal the identity of the White Chapel killer, Dr. Philips ridicules himself for having thought the impossible.

Years after killing his sisters in a sleepwalking state, Jack is claimed normal and able to re-enter the real world. He is released from the mental institution to start a new life, but slowly starts to act upon his killer instincts and begins to remember events that happened over one hundred years ago.

Jack is ready for new games!

(available to purchase on Amazon as a paperback or E-book)

Are any of your characters based on real people, no matter how loosely?

I tend to base my main characters on myself and then modify them to fit my stories. Even Jack from Just.Another.Common.Killer started off with some of my traits, such as his love for the arts and theatre. Jack was also highly based on Jack the Ripper.

If you had to describe Just.Another.Common.Killer in only three words, what would they be?

Why did you choose to write in this particular genre?

People who know me well expected me to write in this genre because I am obsessed with Halloween and like to spook people out for fun. They find me morbid at times. I like reading or watching suspense as well as horror and wanted to invent a scary story of my own. I decided to try creating the worst monster ever.

What genre is your book listed under? And If you could create the perfect genre for your book, what would you call it?

What part of the writing process did you find most difficult?

I had to put myself in the mind frame of a killer. I would personally never torture or kill anyone, but had to come up with ways my character would do all that. I often had to put my work down because I was disturbed by what popped into my head. I wondered what people would think of me, but then realized there are a lot of horror fans out there and somebody has to come up with the stuff. 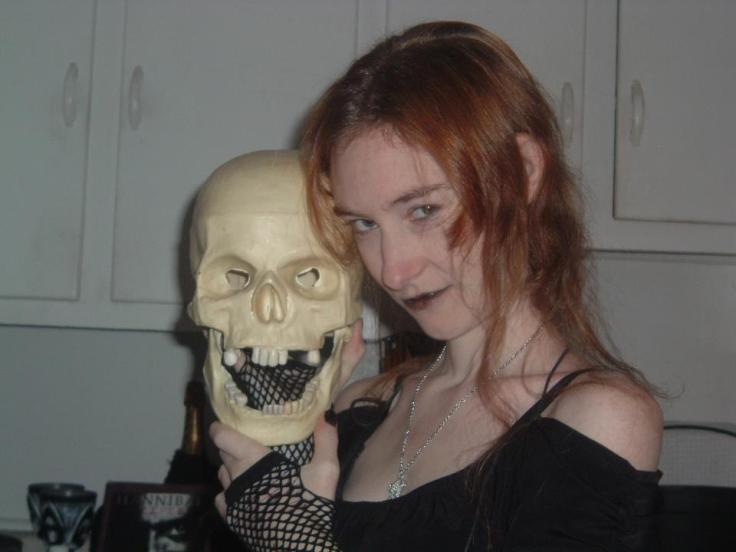 available to purchase on Amazon

Are you working on another book? And, if so, what is it about?

I am currently focusing on short stories that are being published in The Suburban Online Magazine (www.thesuburban.com). A Mother’s love was published in the April 26 issue and A Father’s Promise can be found in the June 7 edition. An Unplanned Wedding will be published in July, and I just finished Emily’s Birthday Getaway for August publication. All the stories are about the same characters. I am toying with the idea of having the main character of this set of short stories meet the main character of my series of fictional diaries.

Do you have a website where readers can find out more about you and your writing?

People can also find me on Goodreads to post or read reviews
http://www.goodreads.com/author/show/4538804.Chantal_Bellehumeur