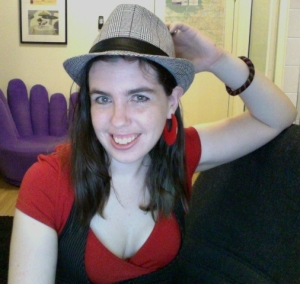 I’m from Australia originally, though my parents were from the US, but I’m currently living in Malaysia. Prior to writing this novel, most of my writing had been screenplays, stand-up comedy, and blogging. I feel like my screenwriting really influenced my style, particularly because people tend to compliment my dialogue most frequently.

Adrift is an approximately 400 page speculative fiction novel about a female pirate from the 17th century, who travels through time into our modern world. When Jaclyn Rousseau reaches Barbados in 2011, she meets Dick, who becomes her guide in the new world. The story alternates between the past and present, eventually leading up to explaining how Jaclyn managed to travel through time.

Where were you born and do you think your birthplace had any influence on your writing?

I was born in Western Australia. I don’t think it’s influenced a great deal of my writing, though I have started trying to set more of my short stories in Australia this year, because I would like to share more from that perspective.

Who was your favourite author from childhood?

If we’re talking young children’s books, I really liked Mercer Mayer’s Little Critter books. When I was a bit older, I read a lot of R.L. Stine’s Goosebumps books.

Who do you think most influences your writing?

My friends. I’m inspired by what they write, and in turn am inclined to write for them. If my friends like my work, then I’m it seems likely that other people will, too.

Who would you say has been the greatest supporter of your writing?

A combination of my husband and my editor. But it was my editor’s initial comments on my screenplays about Jaclyn Rousseau that led to me turning it into a novel. Without him, and then my husband, reading every chapter as I wrote them, I don’t think I’d have ever finished it. 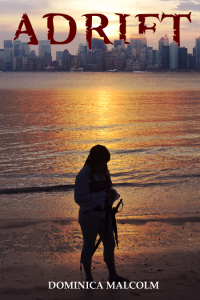 Are any of your characters based on real people, no matter how loosely?

It’s funny, I had someone ask me recently if my protagonist was based on me, and I told him that there are other characters in the book who are more like me than she is. Jaclyn Rousseau is only really like me in appearance because I roleplay as her (see for the photos, though I do wear a wig). Otherwise she’s not based on anyone. There are maybe two characters (I won’t say which ones, but they’re not Jaclyn) that have some aspects based on me and/or people I know, but otherwise I think everything is completely original.

How long did Adrift take to write?

Adrift actually started out as a short film screenplay, written in February 2011. It was intended to be a one off piece that I could shoot with a friend of mine in Hawaii, with limited resources. When I posted the script online and had people telling me they would watch a TV series on it, I thought, why not write a sequel screenplay? Then it was the man who became my editor who asked about Jaclyn’s background, wanting to know how she became a pirate, that made me change to prose. I knew there was no way I could film on a pirate ship with no budget!
It was probably about August 2011 that I started converting the screenplays to prose and seriously thinking about how to turn it into a novel. At that point I had a few additional prose segments that could be spread throughout a novel, but no outline. The outline came in around October 2011, and then I had a completed draft in September 2012. My final edits were finished in June this year, so if you start from that first screenplay and include editing time, it took about two years and four months.

Why did you choose to write in this particular genre?

I used to write purely contemporary fiction, until one day I asked myself why I thought I couldn’t write the strange or fantastical that I enjoyed reading from my friends. Writing a mix between the two just fits me well. I write the kinds of stories I’d enjoy reading so it doesn’t feel like work.

What part of the writing process did you find most difficult?

Editing. It took me a long time to get past my fears to read over the entire novel. I was afraid I wasn’t going to like it any more. Turned out my fears were completely unfounded. I ended up actually really enjoying the editing in the end, fixing up all the problems other people and I found with it, so it was just those fears that made it difficult.

What genre is your book listed under? And If you could create the perfect genre for your book, what would you call it?

It’s under the broad speculative fiction umbrella. I actually found it difficult to categorise because it’s mostly a contemporary real world story, but there’s time travel and nearly half the book could be considered historical fiction, at least in part, due to being set in the mid 1600s, but then there’s also a fantasy element with a mermaid character. It didn’t feel right calling it fantasy because most people probably think of epic fantasy or at least a more magical setting than a real world story that happens to have a mermaid character.

I think there was a period that I was calling it contemporary/historical fantasy, but to be perfectly honest, I can’t really think of how I’d come up with the name of a completely new genre for it.

Is there any advice you feel you could give to aspiring authors?

Believe in yourself and find a good team of people who can help keep you motivated and give you honest feedback. Self-doubt is pretty common, and it can increase when you start receiving constructive criticism. You don’t have to accept to every piece of advice you get, but do take the time to listen and understand what they’re trying to tell you. Listening to the things you don’t want to hear about your work is one of the best ways to improve. You’ll know which comments are the most correct by how deeply they cut you – it’s your mind telling you that it agrees with the comments, but were too afraid to admit to yourself. At least, that’s how it’s worked out for me.

Are you working on another book? And, if so, what is it about?

I’m working on a collection of short stories about my mermaid, Prudence, who appears in Adrift. A couple of the short stories have already been published elsewhere (online at Plunge Magazine, and in Fae Fatales: A Fantasy Noir Anthology) but I have some other pieces that I’m in the middle of writing, and another completed but unpublished story.

Do you have a website where readers can find out more about you and your writing?

Yes! I’m at http://dominica.malcolm.id.au . I blog there, and there are also pages specifically dedicated to me as a writer (where you can download screenplays and find links to my published works), as well as my experiences with filmmaking, stand-up comedy, drawing, and travelling.

Do you have any events or promotions planned for the near future?

I’m currently running a crowdfunding campaign on Indiegogo for Adrift. People can pre-order the novel and pick up some other great perks. If they want to check it out they should go to  http://igg.me/at/adrift .

If you had the opportunity to co-write with any author who ever lived, who would you choose?

Given my friends are the most inspiring when I write, I’d have to choose one of them over someone well known. I’ve collaborated with a friend who writes under the name Joey Michaels, and he’s one of my favourite people to work with, even though he doesn’t have the same aspirations of publishing his work that I do. I have plans to publish a couple of our collaborations in an anthology in the future, though. I’d love for a chance to work with him again.

Click on the book cover to pre-order the novel and pick up some other great perks. 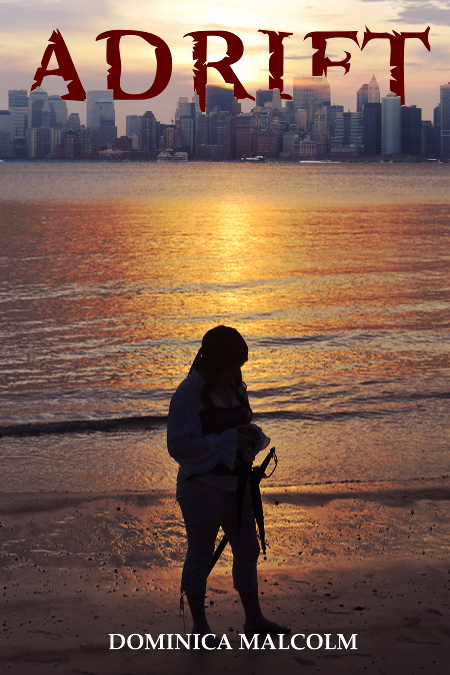